Being Each Other's Super Heroes

This week we acknowledged School Anti-Violence Week by becoming each other's Super Heroes.  It was a school-wide theme that cluminated in the wearing of Super Hero capes (decorated in Art class) on Friday.  The goal was to convey to our students that they can be each other's heroes by being upstanders when they see someone being bullied.  We did quite a few things this week to convey the message. 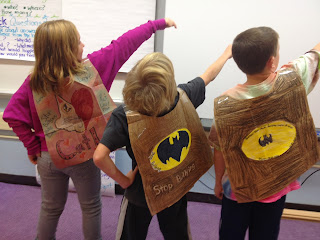 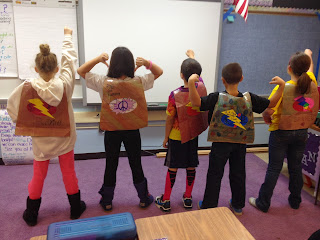 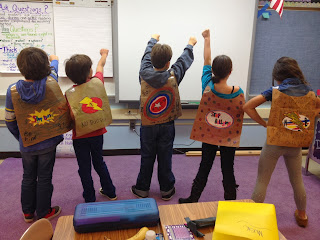 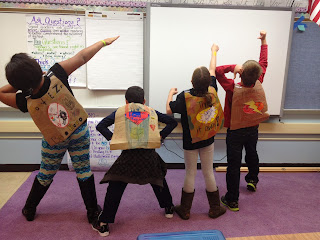 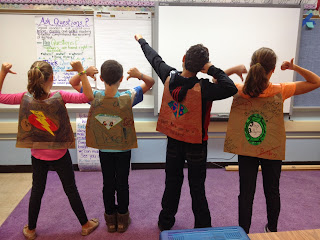 First, we watched a Brainpop.com video on bullying and one on cyberbullying. We took the wuizzes together as a class on the SMART Board so that we can discuss and review the inforamtion we learned from Tim and Moby.

I read One to the class and we participated on a class discussion of what it means to be "the one" for someone else.  This is a phenomenal story with simple pictures but a deep message.  In the story, the number 1 stands up for the colors being bullied by red.  It may sound "young" but I promise I read this to my fifth graders for years and they enjoyed it as well. 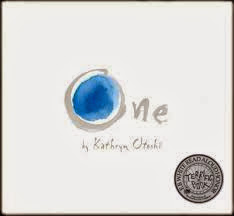 We also spent some time discussing the qualities of a hero.  To introduce this idea I showed a clip from The Avengers that was posted on Youtube and had the kids start documenting the traits they see in the Super Heroes.  They discussed their ideas together and then we shared them as a group.  As I charted their suggestions we discussed how those Super Hero traits could translate to being a hero to someone being bullied.

As our culminating activity we made Super Hero comic strips where the students played the role of the hero swooping in to help "save" someone who was being bullied.  They really did a GREAT job! Here are a few samples below.... 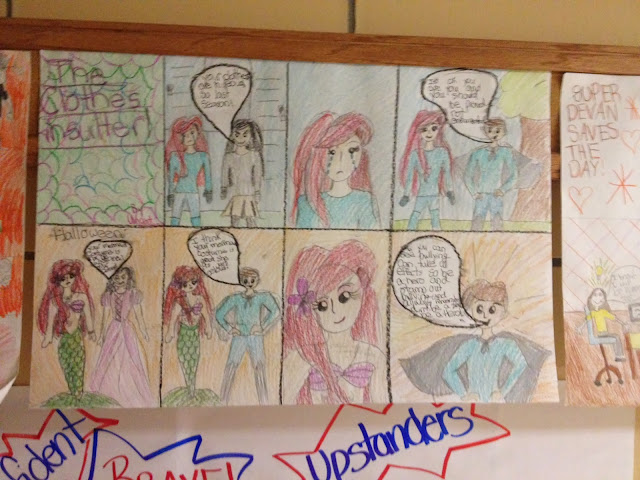 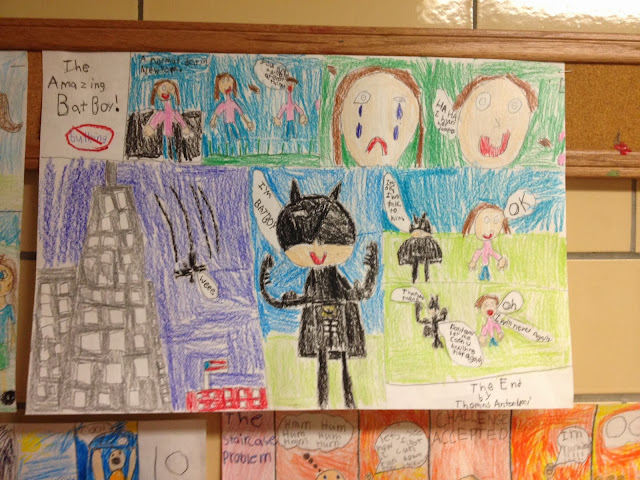 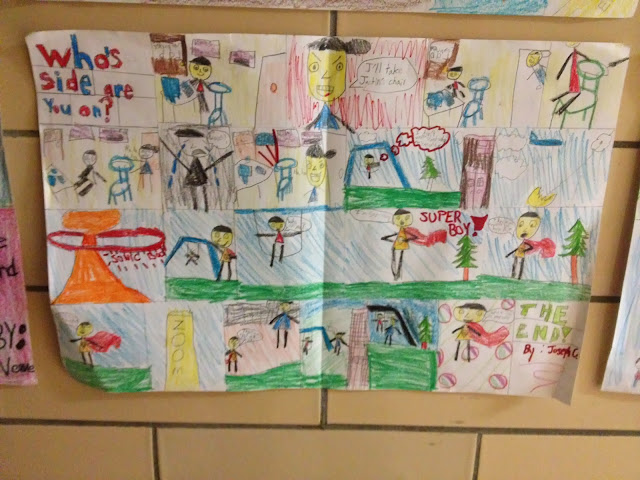 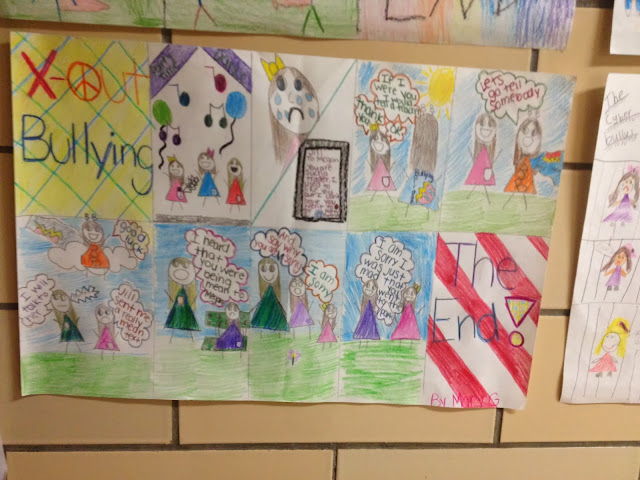 Well that's it for now. 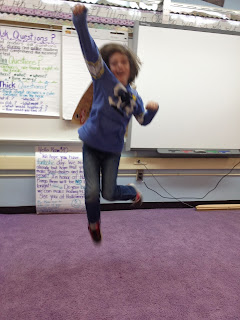 Damien
Posted by The Reading Buddies at 12:14 PM